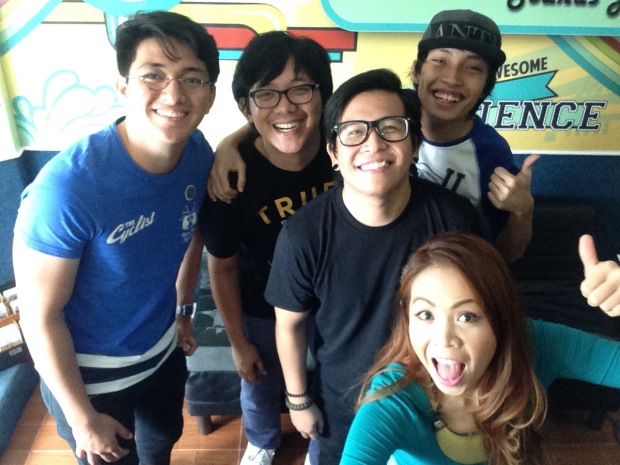 Lunar Lights is a three-year-old alternative rock band from Malolos, Bulacan that just signed with Warner Music Philippines. The 5-man band is composed of Rocky Villanueva on vocals, Paul Armand Pascual on lead guitar, Mark Aquino on the keys, Eron dela Cruz on the bass and Maverick Meneses on drums. Though they count 30 Seconds to Mars, The Killers, Switchfoot and Coldplay as influences, their goal is to use their original songs to uplift the spirit of arts and culture in the Philippines. Their debut album will be released later this year. For now, enjoy these songs they performed on my show, The Afternoon Cruise:

Listen to their songs on Soundcloud: LunarLightsPH
For inquiries, you can call Trix Parco of Twice to Beat Management: 0915-995TRIX