THE CLOUD AND THE PILLAR OF FIRE
Exodus 40:34 “Then the cloud covered the Tent of Meeting, and the glory of the Lord filled the tabernacle.” 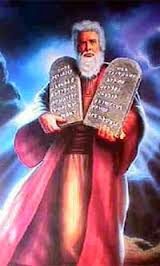 After coming back down from Mt Sinai with the two tablets of the Testimony, Moses gave the Israelites commands that the Lord had given him regarding the Sabbath and the construction of the Tabernacle. The Tabernacle was like a mobile temple where the glory of the Lord would later settle, once the work has been completed. Through the Tabernacle, the Lord made His dwelling among the Israelites. 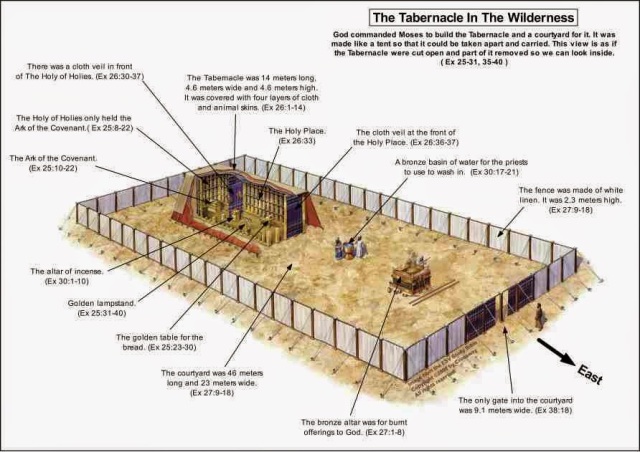 After Moses inspected the finished work of the craftsmen and skilled workers headed by Bezalel and Oholiab, he blessed them after seeing that they did just as the Lord commanded. After setting up the Tabernacle and all it’s furnishings, the cloud covered the Tent of Meeting and God’s glory filled the tabernacle. 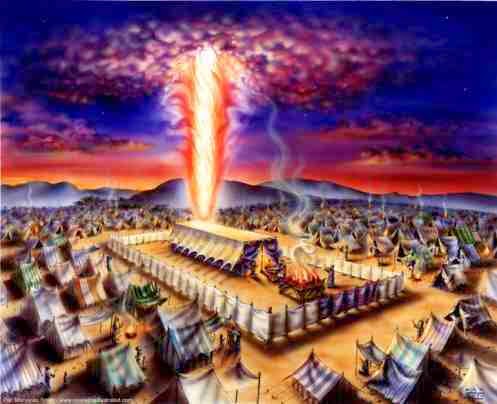 In Exodus 34:10-11, the Lord made a covenant with the Israelites that He would do wonders and drive out other nations as they made their way towards the Promised Land. The Israelites’ journey was guided by the cloud—when it lifted above the tabernacle, they would set out. If the cloud did not lift, they would not set out until the day it lifted. Sometimes the cloud would not lift for days, weeks and months. This taught the Israelites to stay put and trust the Lord for He knew beforehand what they were to face—was the climate too extreme for them? Were there enemies in the way that He still had to drive out?

In the same way, the Lord makes His dwelling among us through the Holy Spirit. When we receive Jesus as our Personal Savior and Lord, the Holy Spirit lives in us and transforms us to become more like Christ each day. It is also the Holy Spirit that guides us as we study the Bible and helps us to apply the principles in our lives.

I recall the early times in my career as a radio presenter. I knew that the Lord opened the opportunity for me to work at Mellow947. While I was enjoying myself, at some point I lost sight of His purpose and got distracted by the desire to travel and earn more money. I toyed with the idea of pursuing one of my childhood dreams of becoming a flight attendant. I’d say my Tita Myl was a great influence, for she spent many years working for Cathay Pacific in Hong Kong. Other than that, a lot of my friends and elder relatives told me that I should apply because I was young and they felt that I was highly qualified for the job. I brought this desire before the Lord and told Him I would try out, just for kicks. 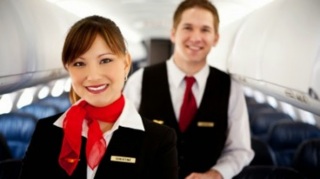 I tried out for an international airline based in the Middle East. Before appearing for the interview, I already did my research and prepared myself accordingly. I met the height requirements, followed the dress code and gathered the necessary documents. The application was a tedious process that took the whole day. To make the long story short, I didn’t move on to the final interview but I remained optimistic. Maybe this wasn’t the airline for me. So I went back to work and just waited for the next airline that would open its doors to flight attendant applicants. After a few months, I tried out for a Japan-based airline. It was pretty much the same process except that there was a lengthy written exam. Again, I didn’t make it because they already reached the required number of successful applicants.

Last try—I went for one of the local airlines. At this point, I was partly submitting to God as I “argued” my case before Him. I said “Lord, didn’t You say ‘Go and make disciples of all nations’ ? Lord, I think that if I become a flight attendant, I would be able to reach a lot of people for You. I would be able to minister to them as a flight attendant.” I laugh at my silly reasoning. Who was I to think that I could bend God’s arm? The Lord was gracious enough to allow me to try out. I mean, He could have told me NO outrightly, but I think He allowed me to go through the process of applying because He knew I’d learn from them and He’d reveal another aspect of Himself.


The last try was really a stretch of faith. I submitted my application online, received an appointment a few days later and showed up for the initial interview. The application process here was slightly different. I remember the recruitment officer checking my teeth, my skin, my arms and she even asked me to lift my skirt a bit to check my legs. According to some flight attendant job forums I’ve visited, this certain airline was really strict with the physical appearance. If you have scars, you have to make sure to conceal them well. Once that was done, we were asked to talk about ourselves in front of everyone for two minutes.

“Hello, my name is Ingrid Nieto. I’m a graduate of the University of Sto Tomas and I’m a Communication Arts major. I’m a Christian. I think being a flight attendant is a job Jesus would approve of because it’s putting other people’s needs before your own. You don’t think of yourself, you think of others. Thank you.”

I was doubtful that I would make the cut. I just prayed to God then “Whatever Your will is Lord. If I make it through this, well and good. If it’s another ‘no’, I’m good with that too.” The recruitment officer said she’d be handing us pieces of paper which would tell us if we were off to the next stage or that was it for the day. Name after name was called, the room was starting to get empty and I found out I was the last. The recruitment officer looked at me and said “Miss Nieto. We would love for you to come back. Please give us a call when you are ready for the next schedule. Thank you.” As I allowed that to sink in, I managed to smile, say “Thank you” and walked out. I couldn’t believe it. The other applicants outside the room asked me “Miss, anong sabi sayo? Ikaw lang ang kinausap kasi.” “Miss, anong naka-lagay sa papel mo? Samin kasi, ‘thank you’ lang.” They were actually all very nice and I just told them what transpired inside. “Pinapabalik ako. Pero tatawagan ko pa daw sila for the next schedule.” 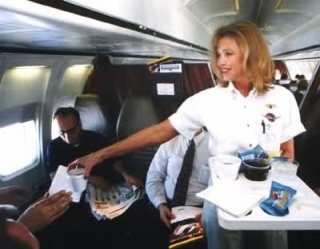 As I went on my way home, I couldn’t help but smile. Was I finally going to be a flight attendant? In that case, I knew that there were things I had to give up. If it were to push through, I had to say goodbye to my radio job. I couldn’t take hosting projects anymore. I wouldn’t be able to attend growth group and be as active in church ministry because I won’t have a regular schedule. My passion for performing had to take the backseat as well. What a coincidence, in the same month, I was cast as Elle Woods in the Trumpets workshop production of Legally Blonde. I called up the airline and asked when exactly they’d want to meet me again. If it was scheduled real soon, I would also have to bow out from Legally Blonde. Imagine my surprise when the airline told me I could just call them again whenever I’m ready. God knew how performing is close to my heart. I was able to do the show and once it was over, I called up the airline again and scheduled the next interview. 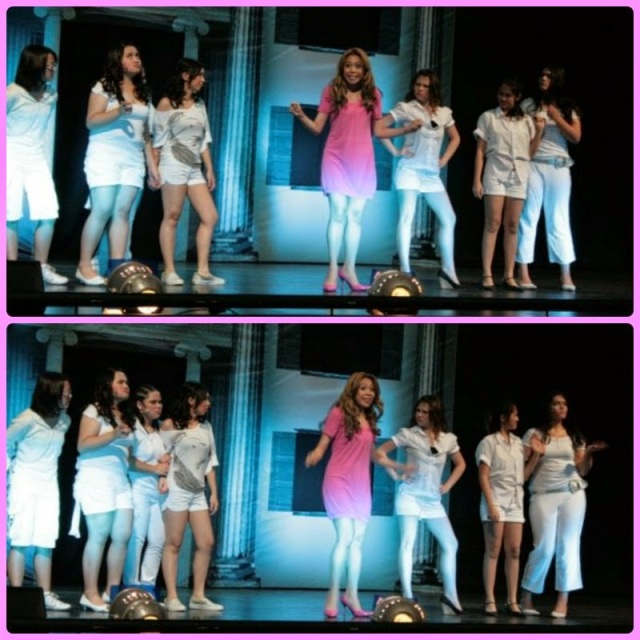 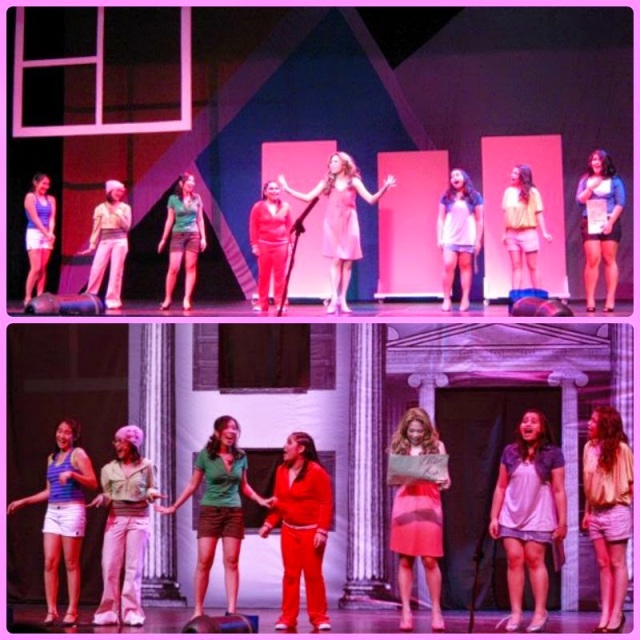 At this point, you’re probably thinking “I’m sure she got in!” I thought it would be a different kind of interview but when I returned to the airline office, I found myself in the same process all over again. They checked my teeth, checked my skin, checked my legs and let me talk about myself in front of everyone for 2 minutes. The ending was the same too. Names were called, pieces of paper were handed and again, I was the last to leave. This time, the recruitment officer had a retired flight attendant with her. They asked me a few questions and commented on my hair and corporate outfit. What the recruitment officer told me next still baffles me up to this day—she said “You have a black birthmark on the side of your cheek.” “A birthmark?” I said. That was unbelievable. She was so convinced I had a black birthmark on the side of my cheek. And because of that, my application was unsuccessful. I managed to thank them before making my way out. As soon as I reached the exit, I made a beeline for the restroom and looked at myself in the mirror. WHAT BLACK BIRTHMARK? I DIDN’T HAVE A FREAKIN’ BIRTHMARK ON THE SIDE OF MY CHEEK. If I had a birthmark on my face, my parents would have done something about it years ago. I laughed it off and prayed as I went straight home “Thank you Lord. I trust You. I know this is not your will for me but I thank you for allowing me to experience this.” I went back to my radio job the next day with a renewed sense of purpose. God is truly merciful. Through this I have learned that He allows us to use our free will but He is extremely pleased when we seek His guidance. When we pursue something and find out that it is not His will for us, we have two choices:
-To submit to Him and obey
-To persist in our ways and prepare to face the consequences of our decision

In the same way, the Israelites had the free will to go on forward in their journey even if the cloud had set over the tabernacle. They chose to obey the Lord and allowed the cloud to guide them as they traveled and set up camp, traveled again, set up camp and so on. The Holy Spirit makes His dwelling among us believers. The Holy Spirit is our guide. The Holy Spirit helps us make decisions based on what is pleasing to the Lord. In life, we will come across a lot of situations wherein we have to stay put and not move forward until God tells us to do so. What season are you in right now? Are you beginning to get impatient and are thinking of taking the reins? Will you persist in your own way or will you submit to God and obey?

Find the colors that make you SHINE.
A dress for hot summer days. Driving late morning & midday with the sun high up can be so draining. When you're out, bring a big bottle/tumbler of cold drinking water, face towels, sunscreen and powder to keep you fresh. ⛅☀️😎
𝗖𝗢𝗟𝗢𝗥 𝗕𝗟𝗢𝗖𝗞𝗜𝗡𝗚 is wearing solid-colored garments in such a way that the colors are the main feature of your look. The way you combine the colors is the key to your look.
#ColorWisdomWednesday: 𝗖𝗛𝗔𝗥𝗧𝗥𝗘𝗨𝗦𝗘 is French in origin which means Charterhouse, the name given to the Carthusian Monasteries. It’s within these monasteries where the monks produced Chartreuse liqueur.
Summer dressing with linen coordinates from @mychicpick 👕👚
#ColorWisdom: 𝗥𝗔𝗦𝗣𝗕𝗘𝗥𝗥𝗬 𝗦𝗢𝗥𝗕𝗘𝗧 is a tantalizing, cheeky, medium-depth, cool, clear color that is full of life.
Pink, white and rhinestones.
𝗛𝗢𝗪 𝗧𝗢 𝗪𝗘𝗔𝗥 𝗕𝗥𝗜𝗚𝗛𝗧 𝗖𝗢𝗟𝗢𝗥𝗦
Thanks Zoom, I lost my left sleeve 😂
%d bloggers like this: