Skip to content
August 2, 2013January 5, 2015 IngridNieto.Com
I can’t believe we’re halfway through 2013! July was a busy month at Mellow with artists, bands, clients and listeners dropping by to visit. 🙂
July 3, 2013 – Mark Bautista on Stage 1
The first time Mark Bautista visited, he was still on the Kapamilya network and was part of the “Pop Icons” (Piolo Pascual, Sam Milby, Christian Bautista and Erik Santos). They were promoting their concert at Araneta then and I couldn’t help but note his friendly, easy-going vibe. He didn’t push himself to get some time on the mic, as Erik and Sam were the ones who did most of the promo. Mark was just content, smiling and supporting his fellow artists and throwing in funny one-liners to the delight of his many fans listening. 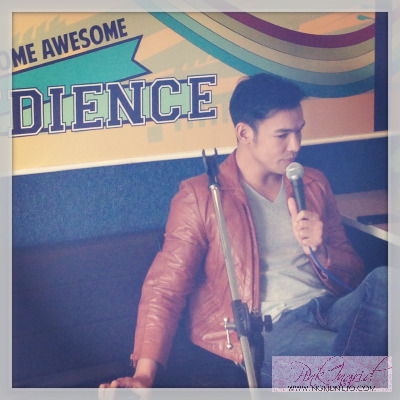 This time, Mark was alone; it’s been five years since that visit. He’s transferred back to GMA 7, with new shows and a new album out. The album called “The Sound of Love” is entirely different from his previous releases as he goes back to well-loved standards and Filipino classic love songs. 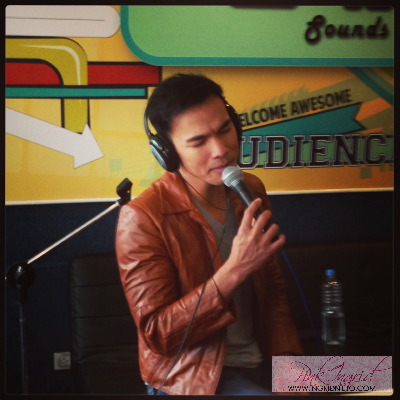 The album includes tracks like “When I Fall in Love” “What a Wonderful World”, “Kailangan Kita” by George Canseco and “Bato sa Buhangin”.
His return to GMA7 has allowed him to expand and step up his game, as he is part of the recently-launched noontime show “Sunday All-Stars”.

When he visited, he and his team won just that Sunday and he gamely relayed his experience of being the team leader–how he has to get all his members together, come up with a unique concept and make sure the production number is tight and well-rehearsed.

We did talk a little bit about his love life (he is currently single ladies) and I appreciate the fact that he opened up and shared the lessons he learned from the previous relationship and how it’s made him a better person. He says he isn’t in a hurry to jump into another relationship again, so he’s taking his time to just grow and become better in his craft.

July 17, 2013 – Six Part Invention on Stage 1
It’s not all the time that I meet successful couples who are actually in the same band. Of course there’s Karmin (booyah, I’ve never met them yet): gorgeous Amy Heidemann and Nick Noonan who recently tied the knot and released their latest single “Acapella”.

Here comes Rey and Kaye Cantong of Six Part Invention. When I had them the first time, they were just this sweet boyfriend and girlfriend who loved to make music. Rey is a musical arranger for TV (Showtime, ASAP) and artist recordings, while his wife Kaye manages a salon and accompanies her husband whenever possible. 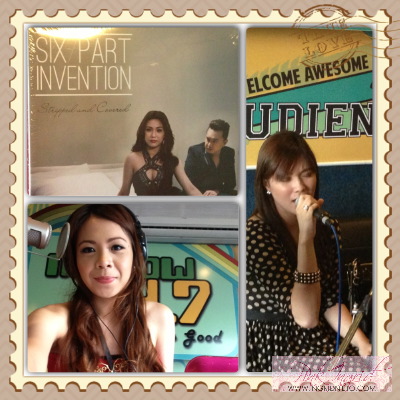 The album called “Stripped and Covered” is under Universal Records and features light-alternative 90’s tunes like “The Flame”, “Two Steps Behind”, “Honestly” and “Heaven”. It is set for international release in Indonesia, Singapore, Malaysia and Thailand. 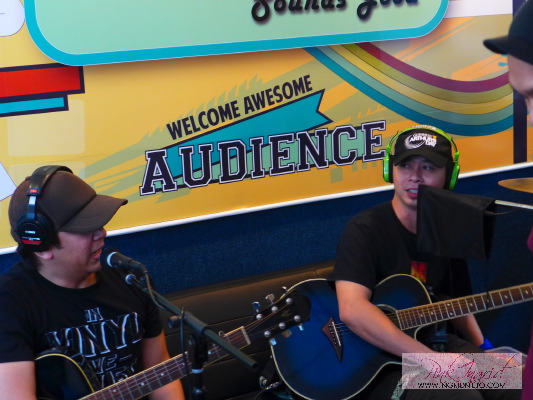 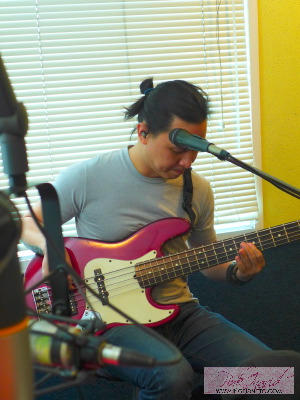 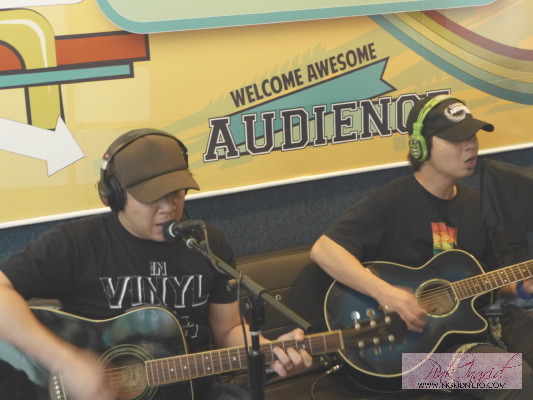 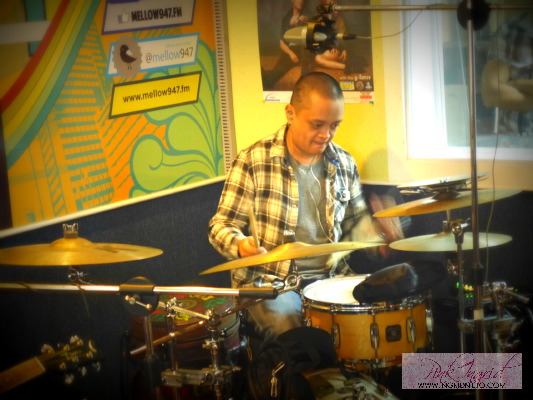 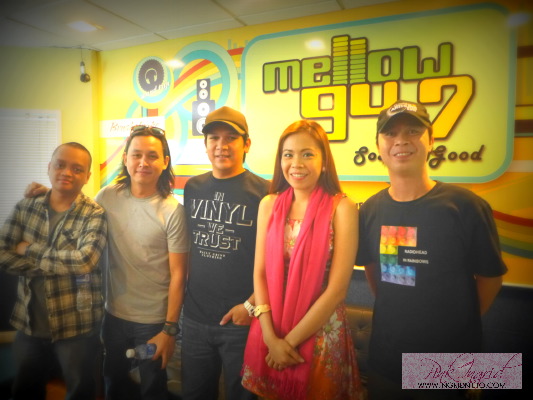 July 31, 2013 – Richard Poon on Stage 1
Richard, welcome back to Stage 1!
It’s been years since his last visit, but he’s never failed to touch base even if it means sending us his latest albums with a personal note or texting the Mellow mobile number! 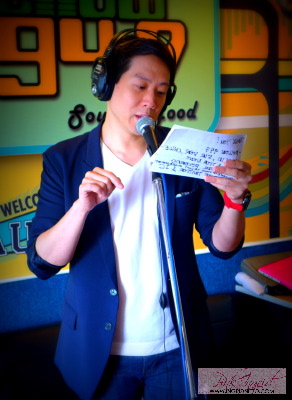 It’s easy to get intimidated when you meet him at first; I remember he just released his first album under MCA Music (which had a very Michael Buble-feel) when he was introduced to me. I found him very warm and personable, taking time to really talk and not just go through the motions of promoting his music and shows. 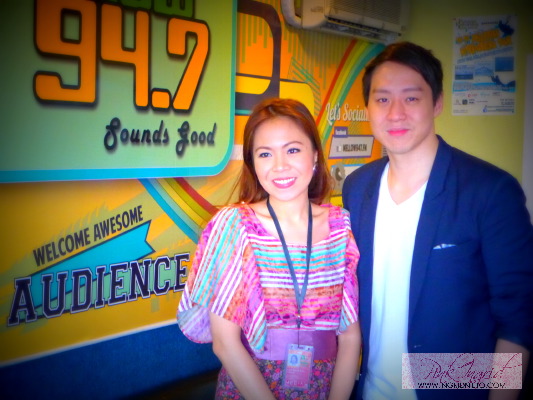 With a new album out under his new record label, I knew that our talk that afternoon would be very amusing as he’s also just entered a new stage in his life: being a husband to Maricar Reyes. 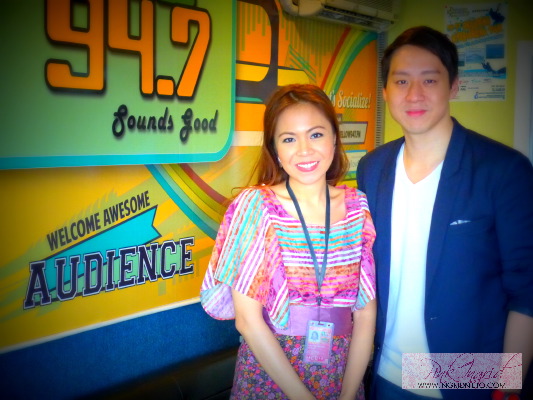 The hush-hush wedding that caught a lot of people by surprise, was the talk of the town as soon as Instagram photos, Twitpics and their on-site video went online. They’ve been interviewed on TV shows and  magazines, making girls (and guys) gush at their God-centered and God-ordained relationship.

I learned a lot from Richard’s wisdom that day. Thankfully, I have it on video! I’ll be sharing it here so make sure you check back often. 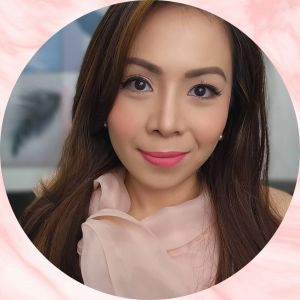 #ColorConsultantReacts: #ColorAnalysis fun on the beautiful #LizaSoberano
Snaps before all my students arrived for Self-Presentation classes. 😅 This session focused on skin care, hair styling and daily make-up. (latepost) Happy weekend!
Knowing how to get the most of colors is something stylists do instinctively but being able to explain the why and how something works is often the realm of the image consultant.
#ColorConsultantReacts: #ColorAnalysis fun on #KathrynBernardo today.
Thank you, Dapat Alam Mo (GMA7) for the color analysis feature! 💗
Pink is the color of romance, kindness, and femininity, even though curiously it started off as a color for boys.
Me: Love, let's take a pic. 🥰🥰🥰
Prints, patterns and skins have images associated with them.
In case you're wondering, it's a scarf. 😅 Used it as a top because it's huge enough to be draped, twisted and secured. 💚🧡💜
%d bloggers like this: