The station bustles with different guests on the approach of Valentine’s Day. There are many concerts to plug, new singles, Valentine’s gigs, promos and sweet Valentine gifts! Thank you to our partners and guests for making our February interesting! 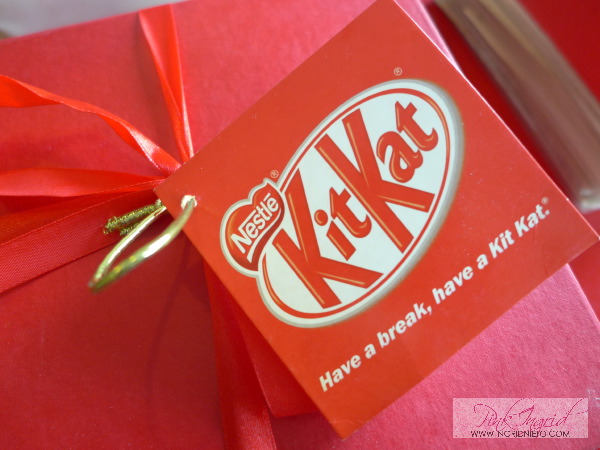 
And then the harana boys from Mu Sigma Phi, a medical fraternity from the UP College of Medicine! Stan is to blame for this. 🙂 The boys walked in with their guitar and keyboard and they began to sing… :-p

February 16: Zendee’s Live Performance Set
Youtube’s “Random Girl Singing in SM” dropped by for the 3rd time to finally do a live performance on my show. She’s naturally chatty, easy to warm up to and totally game for anything! Zendee impressed me with her humor and real talent–she said she hasn’t really gone through formal vocal training and her singing now is borne out of observation and a sharp ear for technique.

She was able to mimic the vocal tone and texture of most popular
Filipina singers and even gave in to my request to sing “Love on Top” by Beyonce, which she was able to perform on the spot without exerting so much effort! She sang the song flawlessly and gave me goosebumps as she climbed higher and higher up the scale!
February 14: The Gruffalo in Manila!
There ain’t no rest for the wicked! 🙂 On Valentines’ Day, the production team of The Gruffalo Manila (ABA Productions) dropped by to enlighten us on the West End musical for it’s first Manila run.

The play is based on a children’s book “The Gruffalo” by Julia Donaldson and Alex Scheffler. The story revolves around a mouse and her very active imagination. She goes on adventure after adventure, weaving stories that make her more brave.

Knowing how to get the most of colors is something stylists do instinctively but being able to explain the why and how something works is often the realm of the image consultant.
#ColorConsultantReacts: #ColorAnalysis fun on #KathrynBernardo today.
Thank you, Dapat Alam Mo (GMA7) for the color analysis feature! 💗
Pink is the color of romance, kindness, and femininity, even though curiously it started off as a color for boys.
Me: Love, let's take a pic. 🥰🥰🥰
Prints, patterns and skins have images associated with them.
In case you're wondering, it's a scarf. 😅 Used it as a top because it's huge enough to be draped, twisted and secured. 💚🧡💜
How do you wear your scarf?
To have confidence is to understand your worth and ability to positively contribute into business, social or personal situations. It's also displayed when we respect the worth and value of others.
%d bloggers like this: