I finally got to meet the girl behind the acoustic version of “Single Ladies”.
This year I think raw, acoustic music is making a comeback as singers and bands decide to go back to the basics of just pure vocals, a guitar and simple percussions. I’m sure a lot of listeners will welcome the soothing, familiar sound of Princess which clearly is a breath of fresh air among the throng of alternative bands, balladeers and divas.
Her first single “Single Ladies” quickly became a favorite among the listeners of the Afternoon Cruise and they kept requesting for the song even if they didn’t know the face behind the voice just yet.
Princess’ debut album Addicted to Acoustic is released under Vicor Music and sells for P250. Tracks include: Thinking Of You by Katy Perry; With You by Chris Brown;I’m Yours by Jason Mraz; Love Story by Taylor Swift; Crush by David Archuleta; T-Shirt by Shontelle;Bleeding Love by Leona Lewis; Bug by The Jonas Brothers; Say It Again by Marie Digby; Realize by Colbie Caillat; The Time of My Life by David Cook; Ordinary People by John Legend; andThunder by Boys Like Girls.
Here are some photos from her performance on Stage 1: 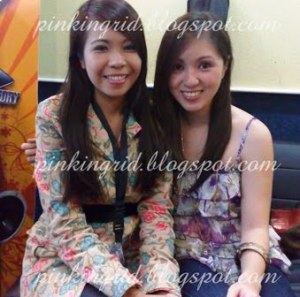